"Dedicated to Order with Steadfast Loyalty and Unrivalled Valour."

3.1 Tell us some things about yourself (No word limit): My name is Clarence Callahan. I was born on January 20, 1996. My parents are Baron Callahan and Kaze Callahan. We originally came from Liberty City but life hits hard as I was growing up, it became tougher to find money in order to pay bills. My parents decided to move in Los Santos City in hope for a better life and to give me a better future. We live in groove street. We arrive peacefully in Los Santos City. My mother worked in a clothes factory and earning enough money to pay bills and my father is the one who is in charged of our home. Until then strange things happen, my father used to be a good guy and not until then he met this guy “Big Smoke”. Me and my mother found out that my dad is part of the syndicate and he is involved in drugs and counts of murders. He then became wanted in LSPD. We heard the news, my father was found dead. The police report states that it was a gang war with Ballas gang that killed my father. As I witness the brutality and immorality of people involved in gang activities. I dream that someday in the right time I will end the violence that surrounds Los Santos. Here I am hoping that I will be accepted in LSPD and to serve and protect the people of Los Santos City.

3.2 Why should we pick you instead of the other applicants (No word limit): I have the mind , skills and talent for this work. I believe that I can bring justice, peace, and progress all over Los Santos. I have the courage to conquer all of the obstacles in solving criminal cases. I read a handbook of how to be a good police officer and I am sure that I will use those practices in here. As a cop, I can provide a safe and non violent Los Santos City.

3.3 How do you imagine yourself after one year in the department (No word limit):As I can see my future well being, I will receive an awards as an achievement for a good service conduct as a police officer. I will try to apply to a much higher perspective of law agency especially in NBI and to use my skill in a much harder, tougher, and impossible to be a mission success works.

How many hours did you spent to play SAMP? Atleast 10 to 12 hours a day. 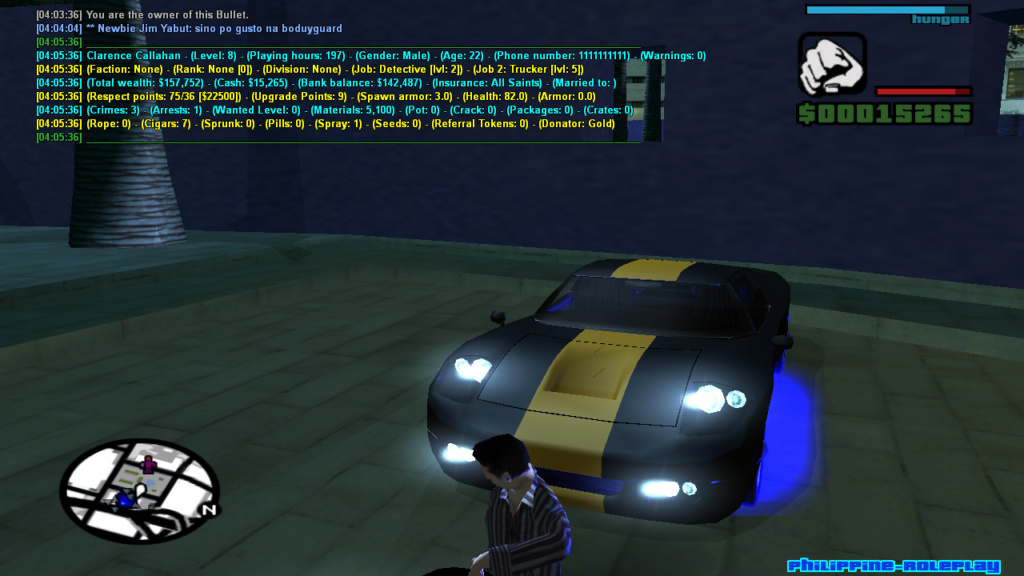